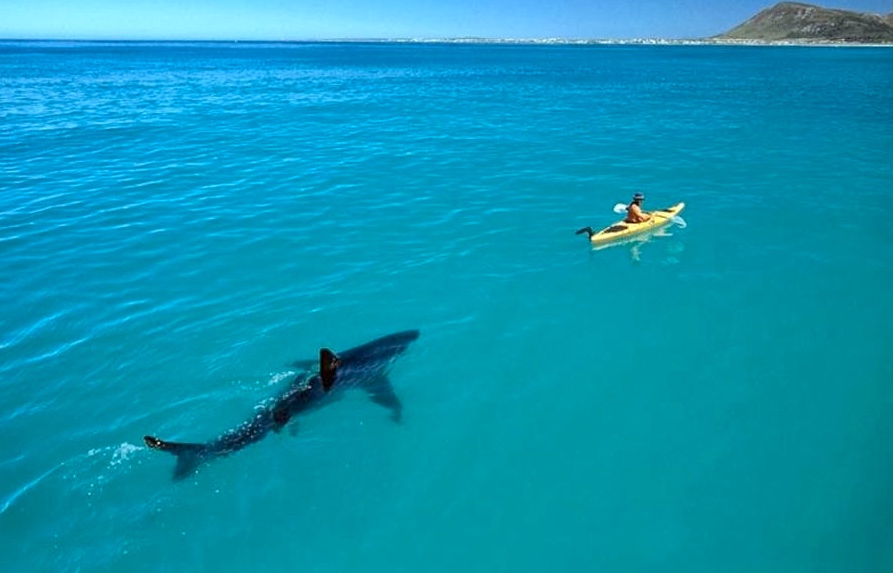 Motivation is frequently linked to optimism and positivity. The 1952 classic and bestseller ‘The Power of Positive Thinking’ by the Reverend Norman Vincent Peale, was translated into 15 languages and to date has sold more than 7million copies. It is still very popular today.

Positive thinking dominates the fields of self-help and human performance, from images with inspirational quotations (the sort that I frequently share on social media) to the use of tried and tested mental performance tools such as positive self-talk and visualizing success.

To be clear, these tools are not used by hippies in fields of flowers living a vegan, organic lifestyle, but by Olympians, special forces operators and other elite performers, as well as being a management tool used by many Fortune 500 companies.

In ‘Thinking, Fast and Slow’, Nobel Prize-winner Daniel Kahneman described optimism as the “engine of capitalism” stating that:

“Optimistic individuals play a disproportionate role in shaping our lives. Their decisions make a difference; they are the inventors, the entrepreneurs, the political and military leaders — not average people.”

Professor Martin Seligman, former President of the American Psychological Association and credited as being the ‘father of Positive Psychology has repeatedly demonstrated that optimism promotes both resilience and persistence.

Seligman consulted with the Pentagon on the development of the military’s Comprehensive Soldier Fitness program, which sought to assess and enhance soldiers’ ability to cope with all of life’s challenges, including the mental rigors of combat.

The authors (one a retired Navy SEAL) of ‘Stronger: Develop the Resilience You Need to Succeed’ identify active optimism as the leading factor in personal resilience—the ability to tolerate stress, see opportunities in adversity, and keep pushing forward.

So it’s clear; being opimistic and focusing on the positive increases motivation, resilience and achievement. However…

The Downside of Being Upbeat

Over the past few years researchers, neuroscientists and psychologists have begun to demonstrate that focusing on the positive can be detrimental to motivation and achievement.

Perhaps this is why so many lawyers are negative and suffer from disproportionately high levels of depression than other professions. Although never suffering from depression, as a Barrister practising at the Bar of England and Wales for 14 years (arguing cases rather than making coffee), I certainly spent much of my career focusing on the negative.

Denial can also be a consequence of positive thinking. Barbara Ehrenreich, journalist and author of ‘Bright-Sided: How Positive Thinking Is Undermining America’, argues that the 2008 economic crisis was partly a result of people’s refusal to consider negative outcomes, like mortgage defaults.

The Upside of Focusing on the Negative

Focusing on the negative can have two distinct benefits. The first is the avoidance of denial and enabling of more effective planning. The second benefit is that negative emotions, possibly triggered by painful memories, can fuel determination and action.

One effective technique for utilising the power of negative focus is that of the premortem. Here you imagine things have gone wrong before they have and then analyse all of the reasons you might have failed.

Brad Stulberg, author of ‘Peak Performance: Elevate Your Game, Avoid Burnout’ and Thrive With the New Science of Success’ explains

“It may seem like the negative thinking inherent to a premortem would work against self-belief and confidence. But if anything, it actually works toward it. When you force yourself to become aware of all that could go wrong, you become more likely to take the necessary steps to ensure that things go right.”

Using the Dark Side as Motivation

Elite performers will frequently access their painful memories, dark thoughts and negative emotions to fuel their motivation during extreme challlenges.

Robert Wicks, psychologist and author of the book ‘Bounce: Living the Resilient Life’, talks of the angry resolve frustrated athletes feel as “sweet disgust”. This refers to the determination to fight back which goes hand in hand, in this context, with anger.

Tim Grover, coach to legends such as Michael Jordan and Kobe Bryant and author of the compelling ‘Relentless: From Good to Great to Unstoppable’ refers to controlled anger being a deadly weapon that

“can ignite our competitive intensity, laser focus, and a relentless craving to attack and conquer.”

Retired Navy SEAL and ultra-marathon runner, David Goggins, described as ‘the hardest man alive’ uses his difficult experiences to fuel his motivation as well as thinking some very dark thoughts. His achievements are truly remarkable. Watch this interview with him and you’ll immediately understand what I mean.

Last week I had the privilege of interviewing Ret Navy SEAL Commander, Alden Mills, for my podcast show. In addition to having operated in the SEALS, Mills also overcame asthma, going on to win a gold medal for rowing, went on to lead his first company to $90 million in sales in just three years and authored the excellent ‘Be Unstoppable: The 8 Essential Actions to Succeed at Anything’.

During the interview Mills describes how, in times of challenge, he would intensely visualize himself failing and the attendant painful consequences of doing so. These negative visualizations would help propel him forward to crush the obstacle or challenge.