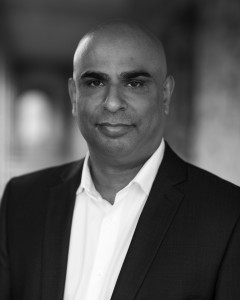 The Outperform Coaching System is designed for professionals who wish to increase their cognitive performance, optimize sleep, manage stress pressures and develop laser focus for extended periods of time.

Outperform’s central premise is that people are capable of far more than they can imagine. This is something that world-class athletes, special forces operators and others performing at elite levels know with certainty. Our ability to perform substantially beyond our expectations is also being validated across a range of fields including Neuroscience and Performance Psychology.

Outperform Coaching utilizes the latest findings from Neuroscience and Performance Psychology, advances in technology and the best practices of the world’s elite performers; including the military and athletes.

Outperform was developed by Martin Soorjoo, who over the course of the past 14 years has coached, advised and worked alongside highly successful individuals from organizations ranging from Goldman Sachs and McKinsey, the United Nations, Freshfields, Linklaters, and other international law firms, high growth startups, the military and law enforcement personnel. Martin also had the privilege of knowing and working with the late Robert Davies, CEO and Co-Founder of Prince Charles’s International Business Leaders Forum (IBLF).

“I have worked with a number of coaches over the years but none have had the incredible impact that Martin has had on my professional life. I have many demanding roles and responsibilities and at times maintaining clarity, focus and intensity is challenging. Through his coaching methods Martin has enabled me to significantly increase my performance and productivity whilst gaining the clarity necessary to make the right decisions.”

Prior to becoming a full time coach, Martin practiced as a successful attorney for nearly 15 years. During this period he also coached other attorneys. Martin subsequently trained and qualified in a variety of human performance and communication disciplines including  Neuro-Linguistic Programming (NLP) (qualifying as a Master Practitioner). Martin is an avid consumer of the latest developments and breakthroughs from the fields of Neuroscience and Performance Psychology, which he shares with his clients and large social media following.

Although trained in several human performance disciplines and consuming a daily diet of the latest findings from Neuroscience and Performance Psychology, his grounding in both law and business means he approaches coaching from the standpoint of someone who has had to consistently perform at a high level while under challenging stresses and pressures, rather than an academic or researcher.

Martin is also the host of The Outperform Podcast Show where he gets to have fascinating conversations with some of the world’s leading experts from the fields of human performance, productivity, and leadership.

Martin previously founded The Pitch Clinic, which helps companies raise capital from Venture Capitalists, is the author of Wiley’s ‘Here’s the Pitch – How to Pitch Your Business to Anyone, Get Funded and Win Clients‘ and a frequent media guest and keynote speaker

Known for his personal, down to earth yet challenging approach, Martin enjoys the privilege of being the ‘secret weapon’ behind an individual or team’ success.